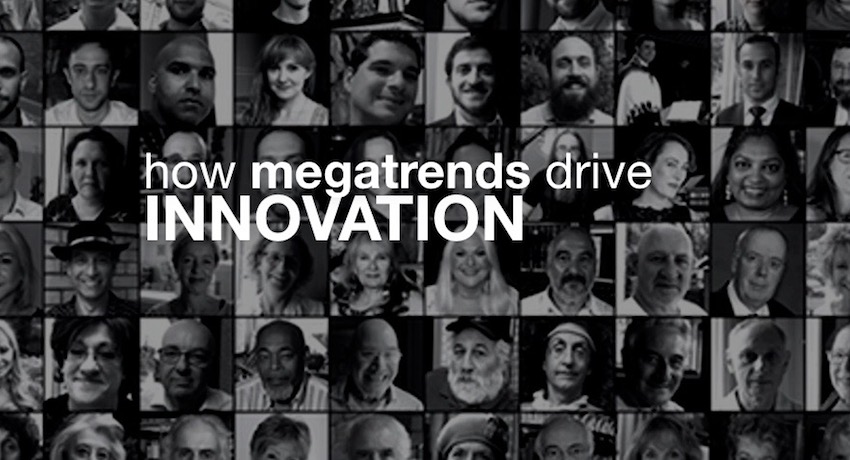 Summary - In every era, there are megatrends that fundamentally change the way something in the world works. A company looking to innovate needs to understand the megatrends of today’s world, so it can get a jump start on what’s coming in five or 10 years.

Earlier this year, after I took on the role of Chief Innovation Officer, I wrote about how important it is for companies to build an internal culture of innovation.

As I explained, innovation is not about a mad scientist yelling “Eureka!” in a dingy lab; instead, it is the result of a deliberate, company-wide process involving collective and collaborative thought, planning, and effort.

Today I want to expand on that notion, and show how awareness of megatrends can jumpstart the innovation process in a company of any size.

Megatrends are deep-rooted trends that a) are most often irreversible; and b) shift the paradigm in some aspect of life.

For example, the invention and spread of the printing press catalyzed a megatrend of the 15th century. It changed the way information was distributed, and that change was permanent. There was no way to put the printed book genie back into the bottle. The paradigm had shifted.

The printing press changed all sorts of things. It created jobs for printers, papermakers and booksellers – and put the monks who transcribed texts out of work. It stimulated the development of vernacular languages, broke the power of elites to control information and was an important cause of the Protestant Reformation.

There are seven megatrends evident in the world today, and each has the power to shake things up as profoundly as the invention of the printing press did six centuries ago.

I’ll get to those megatrends in a minute, but first I want to revisit how innovation happens.

The link between megatrends and innovation

By shaking up the established order, each megatrend creates opportunities. For example, the invention of the printing press created work for printers, authors and booksellers.

The trick is to identify opportunities on the horizon and act on them.

Some people are good at that. Elon Musk is one of them. (See Elon Musk: Tesla, SpaceX, and the Quest for a Fantastic Future by Ashlee Vance, which shows among other things how to take risks without worrying about it).

But most of us have to work at imagining the future.

How do you know where to look for the bud that will form the next shoot?

You have to train yourself to become a keen observer – not only of what’s happening in your own business, but in the wider world – and identify things that are likely to affect you in five or 10 years.

Megatrends help you do that.

Megatrends are paradigm shifts. They can point to the coming destruction of whole industries and tip you to where the opportunities are for growth.

And since innovation doesn’t just happen serendipitously, revisiting megatrends can help you point your company in the right direction as it works deliberately to innovate.

Identifying megatrends is not that difficult. There are a lot of think tanks looking into this. And because they are “mega,” these trends are not limited to any one industry or any one country.

Just remember, as you look at how these trends will affect you, to back up your observations with data.

The seven megatrends and what they mean

There are right now seven megatrends I see as having a huge impact on the future. I’ve come to these seven by listening to talks about the future, such as annual addresses by Deloitte and the Business Development Bank of Canada, by reading reports on the most important trends, such as those by Ernst & Young and the World Bank, and of course by talking with neighbours, friends, and colleagues about where the world is headed. 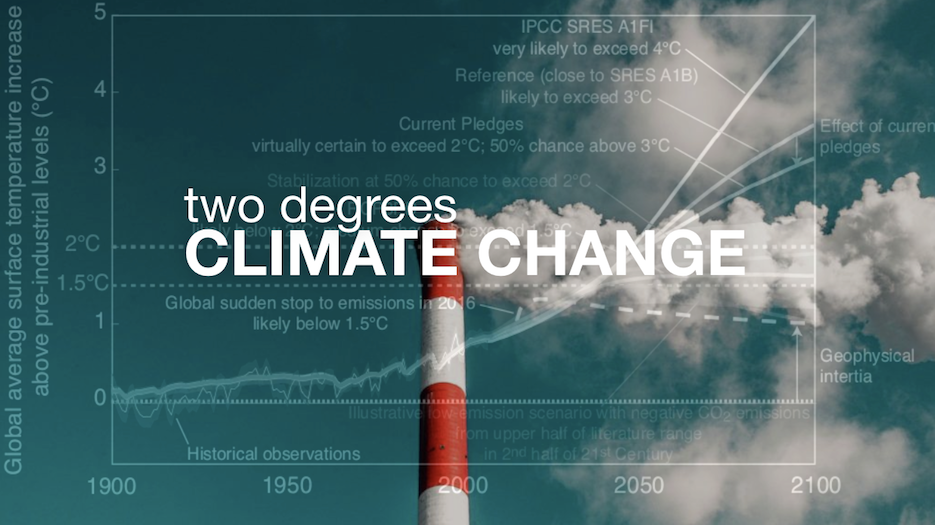 The scientific consensus is that the planet’s climate as we have known it is breaking down. As more and more CO2 is pumped into the atmosphere, temperatures rise, precipitation patterns shift, and weather systems become more intense.

Climate change is already being felt around the world, and its effects will be felt even more strongly if emissions are not lowered. (The Intergovernmental Panel on Climate Change, a United Nations body, has lots of studies, facts and figures on the topic.)

There is going to be a massive amount of money invested in this area in the coming decades, and this is a huge opportunity here for innovation in everything from dam-building to agriculture. Every company should be doing a SWOT analysis (strengths, weaknesses, opportunities and threats) of what climate change means for them. 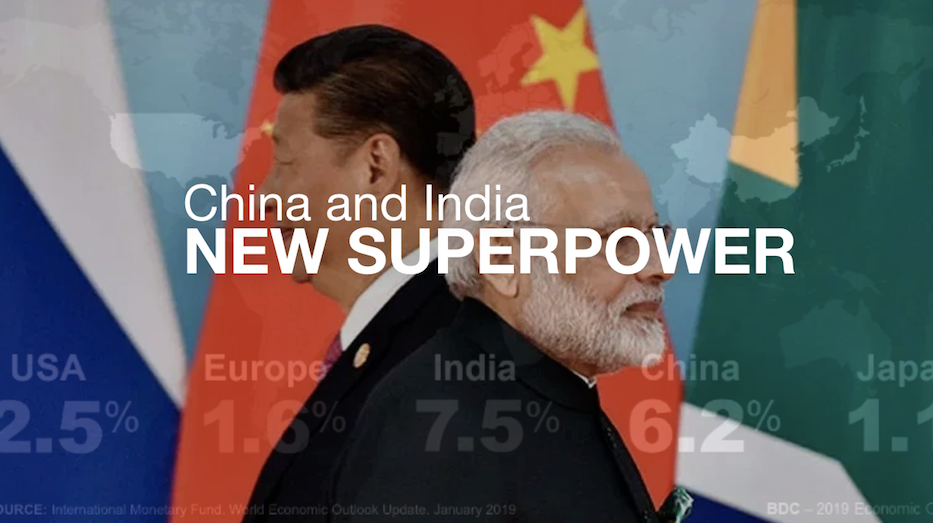 2. China and India are the new superpowers

It’s no secret that China’s economy – and its clout – have been growing, and many experts expect China’s economy to overtake the U.S. economy in terms of GDP within a few years. (See this recent Bloomberg piece).

India’s economy is also growing at a staggering pace, and it’s likely to be the world’s third biggest economy in short order.

Experts may disagree about exactly when India and China will reach superpower status, but there’s no doubt they will soon. As they do, living standards there will rise.

Think of the impact this will have on things like the demand for electricity, the amount of garbage each country generates and how industry will satisfy their growing demand for consumer goods. What about language? Will Chinese become a dominant world language? What about the balance of trade or a shift in competitive threats?

The point is, we have to look beyond our own country and our own culture when looking to the future. It doesn’t pay to be myopic. Things happening on the other side of the globe can create opportunities for us here. 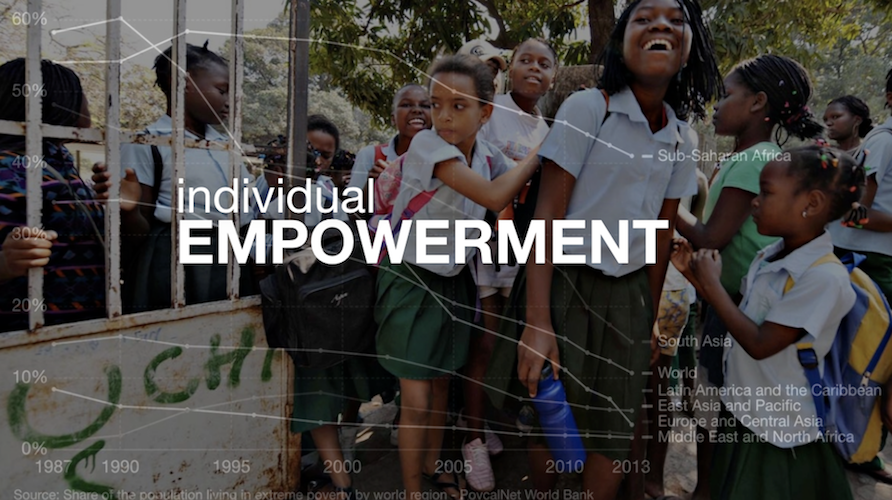 Extreme poverty is declining in every region of the globe.

This is wonderful for all concerned, and it also means that people are no longer working just to subsist. As people’s incomes rise, so does their ability to contribute to the economy.

This means a surge of new micro and small businesses.

What will all these small businesses grow up to be as individuals become empowered to build their own economic future? What does it mean things like life expectancy, the demand for education, or buying power? What technologies will further enable and protect this group, which counts in the tens of millions? 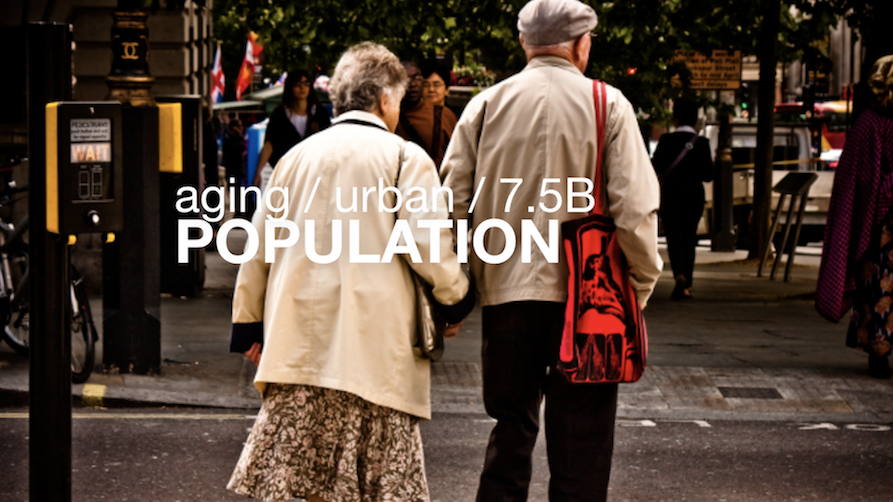 Experts now believe the world population will top out and then begin to decline.

Just when that happens is a matter of conjecture. In their book Empty Planet, authors Darrell Bricker and John Ibbitson think the decline will start by mid-century. A recent article in The Atlantic talks about it happening a few decades later.

Either way, the shift will be profound.

“Nothing like this has ever happened before,” write Bricker and Ibbitson.

A report funded by the U.S. National Institutes of Health shows, among many other things, that the global population of people aged 80 and older is expected to more than triple between 2015 and 2050, growing from 126.5 million to 446.6 million.

What does all that mean? We’re already starting to see labour shortages, and the Business Development Bank of Canada expects that trend to continue.

This is likely one of the most easily understood and impactful trends. If there is less available labour, innovation will prevail - and it’s already beginning in automation and artificial intelligence. 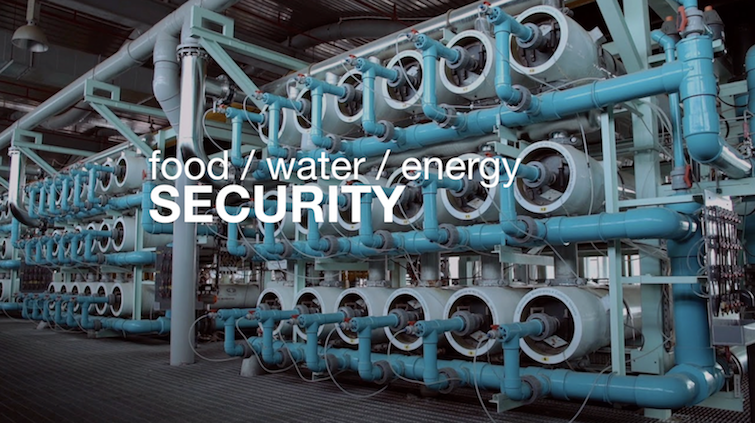 As the climate changes, as poverty declines, as cities grow, as whole countries get richer, the demand for food, water and energy will grow.

These resources are not unlimited and have to be husbanded. The consequences here are unimaginable.

For example, in August 2019 the United Nations warned that climate change threatens the world’s food supply.

This is a massive area of opportunity. And it’s not optional: We have to solve this! 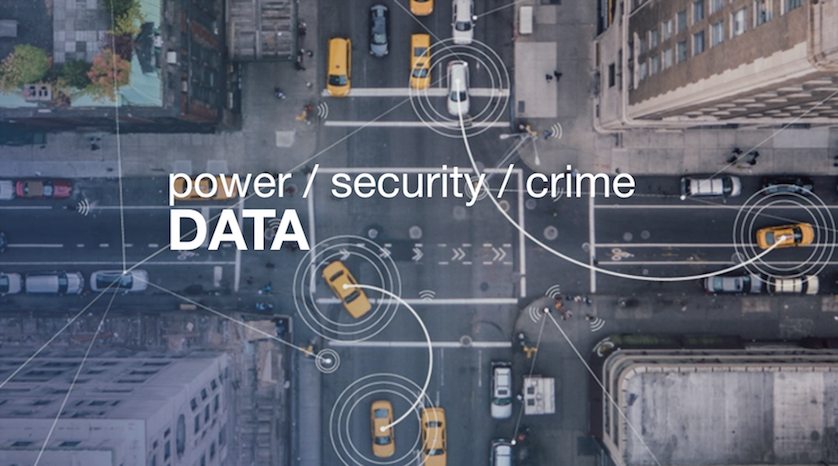 Data isn’t just the new oil; it will be the new water, the new international currency, the lifeblood of everything our society will want and need.

Data collection, management and especially security offer huge opportunities for innovation. Data is a wonderful, almost unlimited resource, useful for business and for life in our increasingly connected world.

Governments and private companies are taking an increasing interest in this area. Cybersecurity is the latest darling benefiting from huge VC cheques - an evergreen market that will continue to grow in a fight against evil. 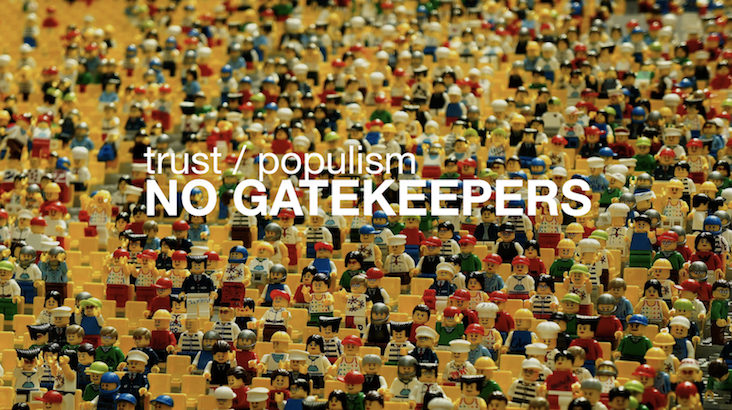 As recently as 20 or 25 years ago, just about everybody got their information from trusted, verifiable sources.

If you wanted to find the population of England, you consulted an encyclopedia or went to a public library to look it up. If you wanted to know what was going on in the world around you, you bought a newspaper or watched the news on TV.

Information was not at everyone’s fingertips. Instead, we had to rely on gatekeepers – journalists, librarians and other professionals – to find information and present it to us. Those gatekeepers played a crucial role in separating the wheat from the chaff. If we read something in a newspaper or an encyclopedia, we could be fairly certain the information had been verified and was true.

There are no gatekeepers anymore. Anyone can put anything out on the Internet, no verification needed. And soon with advances in audio and video spoofing, your own voice and even recorded video can be hijacked. It’s a free-for-all out there, and it’s increasingly difficult to tell fact from fiction.

This breakdown of authority is happening on a global scale, and is likely one of the things fuelling the growth of protectionism, populism and anti-globalization movements.

No one knows who to trust anymore.

It’s difficult to say where this will lead, but the fact is that it’s already changed the way we live, work and vote.

Are there other megatrends out there?

Probably. You may find one that affects your company directly.

So my advice: Take in the big picture. Keep an ear to the ground and an eye on the future if you want to grow and thrive.