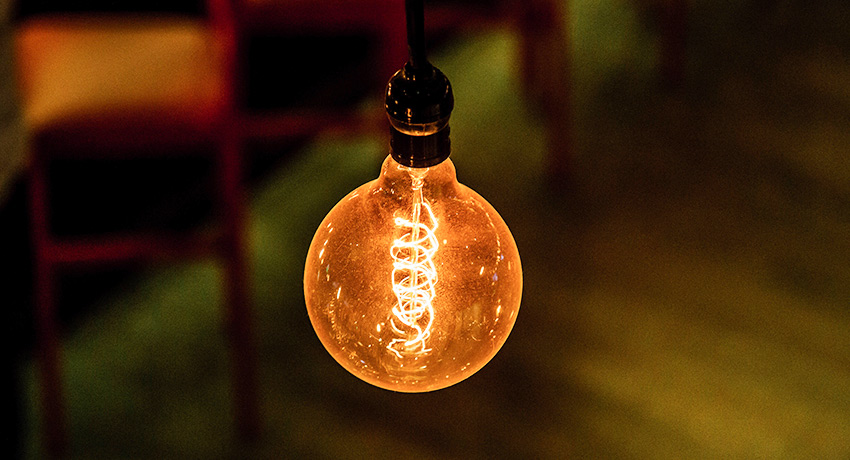 Summary - VCs won’t place their money just anywhere. They want to make a good return on their investment. That return has to be big enough to offset losses that will inevitably happen. Entrepreneurs need to understand the transaction from the VCs’ point of view.

When it comes to startup funding, too many entrepreneurs don’t know enough about how the system works.

As I explained in my previous posting, VCs won’t place their money just anywhere. They want to make a good return on their investment. That return has to be big enough to more than offset losses that will inevitably happen because the vast majority of companies they invest in will not make it.

Entrepreneurs need to understand the transaction from the VCs’ point of view – what they are looking for, the calculations they make before deciding whether to invest in a startup, and the terms they are likely to impose.

Here, based on my own experience, are four things entrepreneurs absolutely must understand if they want access to startup funding from VCs. 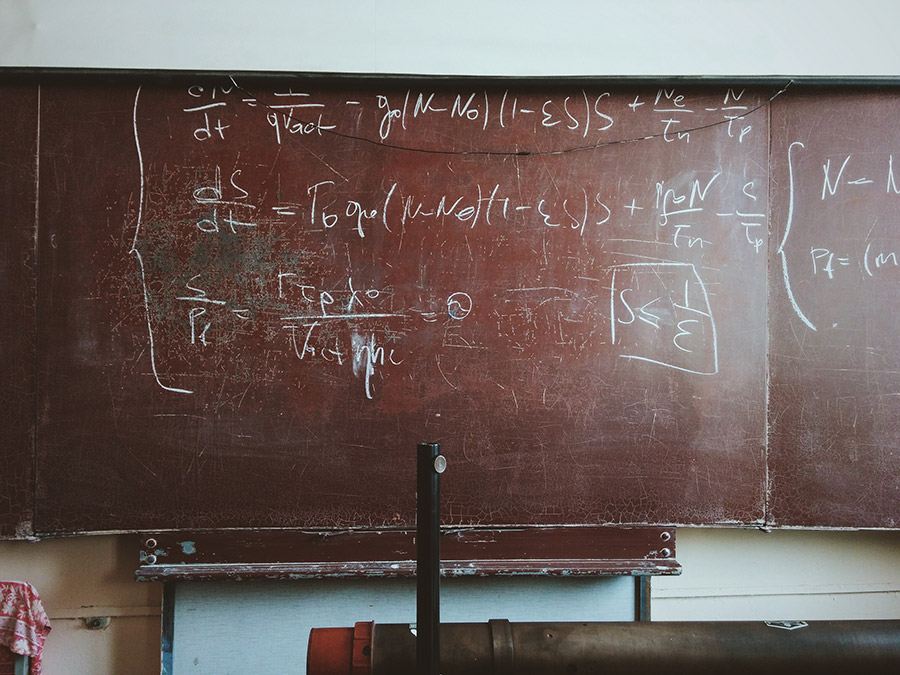 1. You need to know what VC math is

Very simply put, VC math is the set of calculations venture capitalists make before investing in a company. Those calculations help determine how much they will invest, which in turn is directly related to how much ownership they acquire.

And because ultimately they are looking to make a return on that investment, VCs will also factor in the amount of risk they are exposed to.

These initial calculations aren’t complicated, but VCs won’t write a cheque unless the numbers suit them.

Three interconnected levers each play a part: Figuring out how much your company is worth, determining how much money you want to raise, and working out how much ownership the investors want (and how much dilution you’re willing to live with).

VC math: What your company is worth

This is a tricky question to answer, and one that can bruise an entrepreneur’s ego. Nevertheless, it is an important number to calculate.

Companies operate on a continuum. At the startup end is a company with a vision, an idea, a concept – and not much else; at the other is a mature, profitable firm with a solid history of sales and the metrics to prove it.

The closer you are to the startup end, the more difficult it is to place a value on the company. Valuation is tricky if you’re too new to have metrics. You are selling a vision, and how much is that vision worth, anyway?

The further along you are in your growth, the more metrics - evidence - you have. You know what your sales are, and you know how much and how quickly they’re growing. The more evidence you have, the more easily you can come up with fact-based figures - figures that can be compared against other private or public companies. 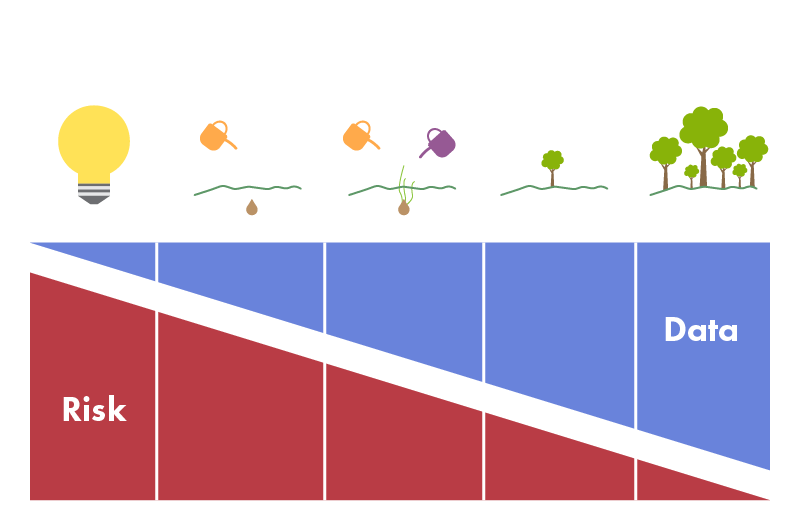 How do you know you are in the ballpark for your valuation?

"It all boils down to one of the basic rules of economics: You are worth what someone is willing to pay for you, nothing more, nothing less."

So if you did $7 million in ARR, your valuation would be between $21 and $70 million. That’s a huge range, so let’s try and be a little more precise. If you’re above $2 million in ARR, your business is growing at 100% year over year, your unit economics show a picture of a healthy, scalable business, and you’re targeting a big market, you might be between a five and eight times multiple on ARR.

The bottom line: Be realistic when putting a value on your company.

That’s easier said than done. Time and time again, I meet entrepreneurs who have never raised capital before who overstate the value of their company.

Overstating has lots of negative consequences. If you are able to raise money at an over the stated valuation, it usually comes with onerous terms to protect the VC. Also, you put a tonne of pressure on the company to reach your next valuation, which is generally three to five times multiple on your current valuation)

Ultimately, it all boils down to one of the basic rules of economics. You are worth what someone is willing to pay for you, nothing more, nothing less.

VC math: How much money you want to raise

Using VC math again, the amount you raise is directly related to your value and vice versa. That’s why you have to have a good idea of your value first.

The VC investor (and a lot of what I am saying here applies to angels as well) will want to end up owning between 20 and 35% of your company, at least in early rounds of financing. There is not much flexibility here; that percentage is pretty much cast in stone.

For ease of calculation, let’s use the figure of 25% ownership as an example.

If you need $1 million, then your company is worth $4 million after the VC money goes into it. ($1 million is 25% of $4 million.) In VC parlance, that’s $4 million post-money (after the VC investment). The ‘pre-money’ value would be $3 million.

If the entrepreneur does not have a realistic idea of how much his or her company is worth before looking for money, they may be in for a rude shock.

For example, if they think the company is worth $10 million, and they are looking for $1 million from a VC, it likely won’t fly. That’s because the VC who puts $1 million into a $10 million company (bringing its post-money value to $11 million) would end up owning less than 10%. Either the VC is going to put in enough money to own about 25%, or the entrepreneur is over-valuing the company. 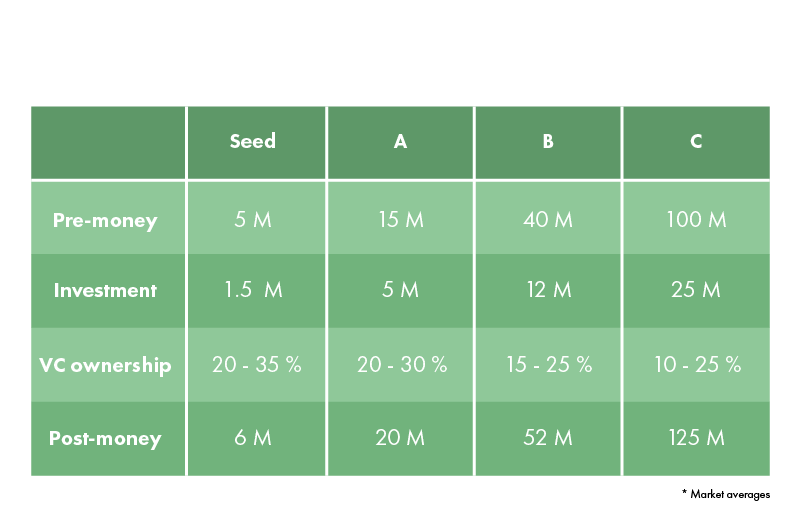 These simple equations hold true for seed or series A money, usually the earliest rounds of outside investment. With further rounds, the percentage of VC ownership generally drops.

By the way, expect the VC to want a detailed analysis of what you plan to use the money for – how much you plan to allot to sales or marketing or resource development, for example. You will need to prove you have a functional plan to grow your business.

Neeraj Agrawal of Battery Ventures has talked of getting to $2 million in ARR and then having a plan to triple annualized recurring revenue, or ARR, in the first year, triple it again in the second year, and double it in each of three following years. His “triple-triple-double-double-double” has a Tim Hortons kind of ring to it that makes it easy to remember – but not necessarily easy to achieve. 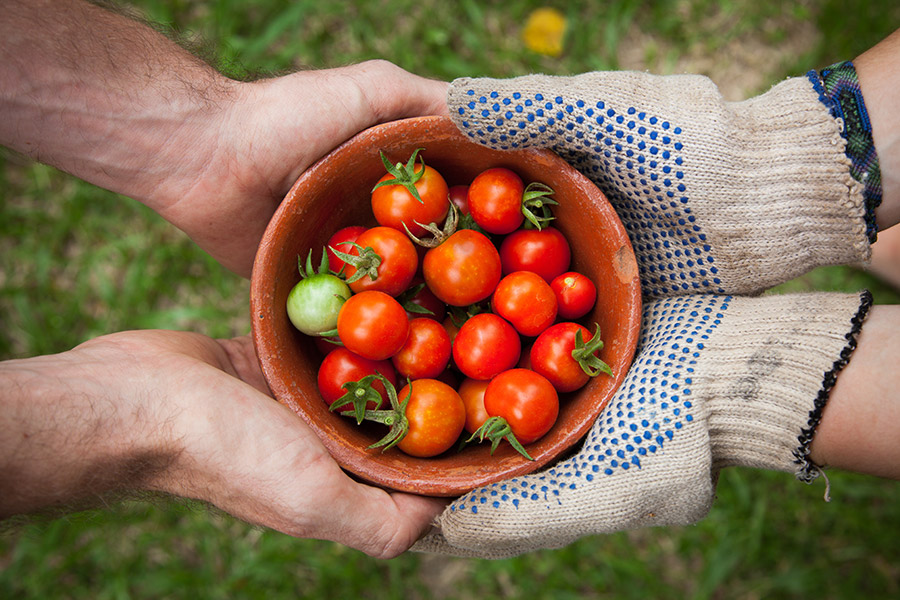 2. You need to realize all the implications of giving up part of the ownership

There’s no way around it. By accepting VC funding you will be giving up some control of your company. But you are doing so to accelerate your company’s growth, and ultimately make more money for yourself. If things go well, you will get a bigger return, more quickly, than if you go it alone – even if you own less of the company.

Bottom line: Don’t get hung up on giving up some control. If it’s about control, you’ve got much bigger problems.

That said, there are nuances to consider. 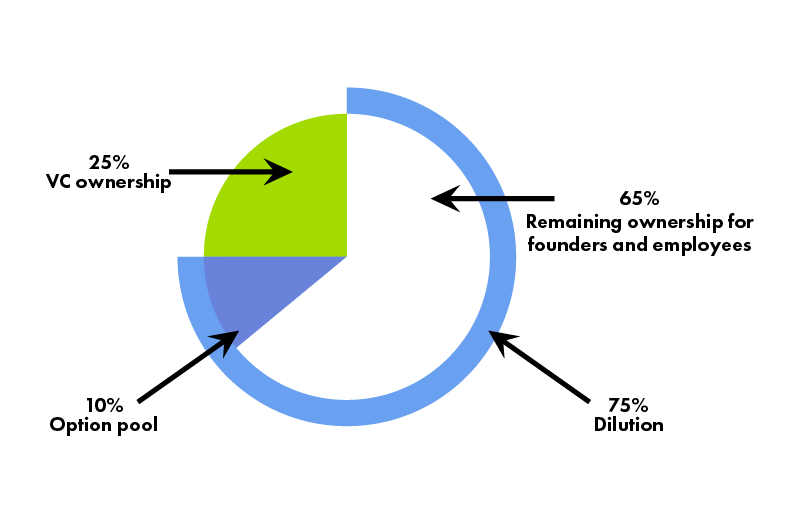 I say ‘in theory’ because if you are setting aside share options for employees, those options will be coming out of your pool. So in actual fact, the VC will own 25% and you and your partner each own 32.5%, with the remaining 10% set aside for your employees. 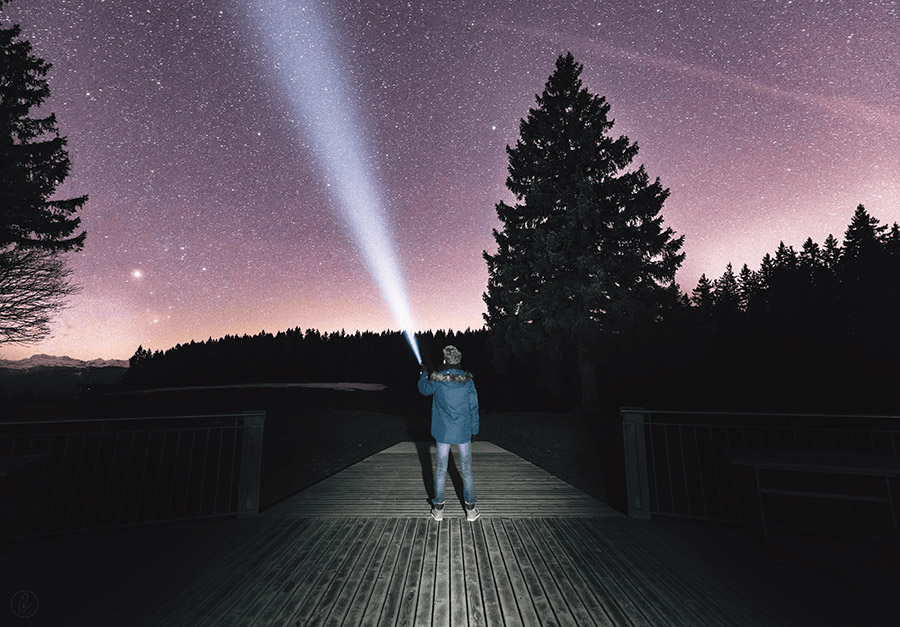 3. You need to find a VC who is the right fit

As I explained in my previous posting, VC funds come in various sizes. A small VC fund might have $50 million, a big fund $1 billion. As I also explained, VCs become active partners in the firms in which they invest.

A VC fund will usually want to invest in a relatively small number of companies. It is easier to keep an eye on 30 startups than 300 of them.

For that reason, bigger VC funds tend to invest larger amounts in individual companies. So don’t go courting a big firm if all you need is $1 million. You may be too small for them to invest in.

Instead, find someone your size.

As I also explained, you also need to know the stage the fund is at when it invests in your company: Has the VC just started their fund, or have they already been investing out of it for four years? If you’re being brought in at a later stage – as a new investment three years after the fund first started placing investments – you must realize that the VCs may be looking for a return in five years instead of eight. And there is a lot less money left in the pot for further investments.

Bottom line: If you’re pitching a VC, ask how big the fund is and how fresh it is. That will let you figure out if that fund is a fit for you. 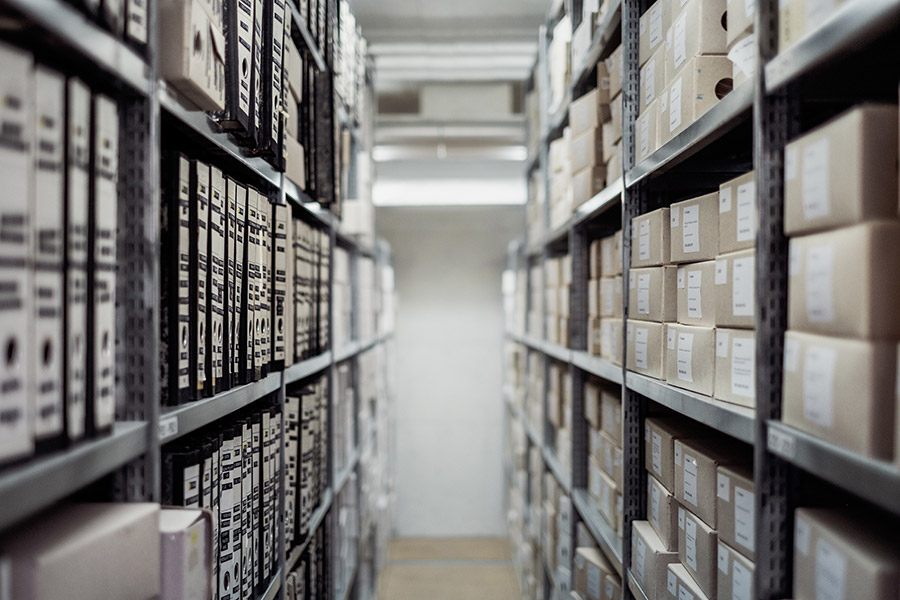 When they first start talking to venture capitalists, a lot of entrepreneurs worry about losing control of their company.

It’s the wrong way to think about it; instead, they should look forward to bringing on a valuable partner. (If you’re worried about losing control, you should not be raising money in the first place.)

"It’s not just about seeking out money, it’s about looking for a supportive, patient partner who can help you grow."

What they should worry about, though, is what kind of terms they get when they do sign up with a VC.

Some terms are fair, and some are not so good for the entrepreneur. And the bigger the risk for the VC, the tougher the terms they will impose. Here are two very common terms that will protect the investors if things go south.

One example of a ‘tough’ term is an anti-dilution provision.

Simply put, it protects the VC against a fall in value of their ownership because of the addition of new investors or the issuance of additional shares. This kind of term can be made fair by adding language that allows the anti-dilution provision to expire after a year or so.

Another ‘tough’ term is liquidation preference.

Terms like these protect the investors and leave the original owners and employees with less money in the event of trouble.

The bottom line: Pay attention to the terms of your VC deal, and try to get terms that are simple and fair - for both parties.

Next time, I’ll talk about what VCs want to see in an opportunity.