What is Won Customers?

Won Customers is the count of new accounts that are “Closed Won”. It is a measure of success of the Sales, Marketing, and increasingly Product teams. "Closed Won" is the stage at which a prospect has signed or electronically accepted a contract and is now considered a customer. Counter to Won Opportunities, Won Customers only applies to the Account once, whereas you can have multiple Opportunities per Account. 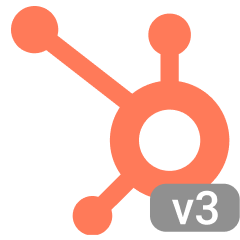 How to visualize Won Customers?

To visualize your Won Customers, use a line chart to see how this trend increases or decreases over time.

Here's an example of how to visualize your Won Customers data in a line chart over time.

Counter to Won Opportunities, where each opportunity is tracked separately, Won Customers can either be analyzed as a simple count, independent of dollars earned, or can be measured as Average Revenue Per Account (ARPA). With good account management and upgrade paths, the ARPA of a new Won Customer is expected to increase as they use more of the product or service.

ARPA for new accounts often sees increases during the first few months as users are finding value and then at regular budget cycles, such as the end of the quarter or year.

You should analyze Won Customers, for example, by sales rep, by region or country, or industry.