What is Annual Contract Value?

Annual Contract Value (ACV) is the dollar amount an average customer contract is worth to your company in one year. There tends to be less universal consensus on the definition of ACV compared to some other SaaS metrics, such as Annual Recurring Revenue. For example, some companies include one-time initial charges like setup or training in their ACV calculations, while others don’t.

How to calculate Annual Contract Value

What is a good Annual Contract Value benchmark?

There is really no ACV benchmark, because there’s nothing necessarily good or bad about a high or low ACV. However, a 2017 OpenView SaaS Metrics Survey suggests that most companies that target SMBs have an ACV between $1k and $5k. 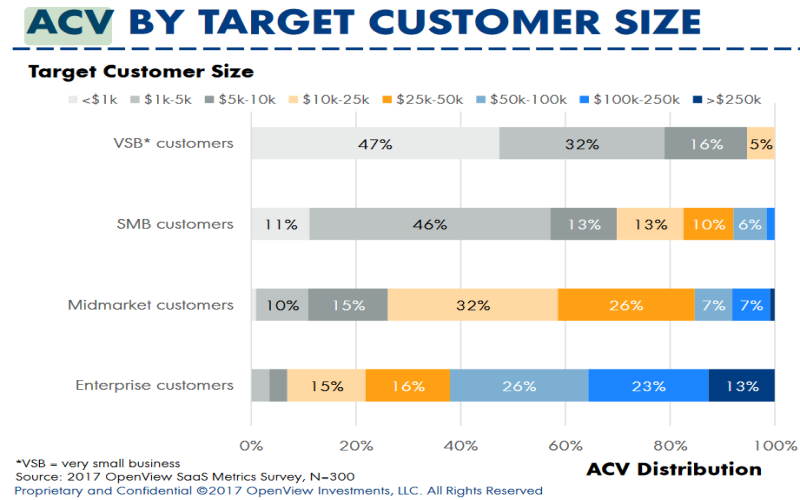 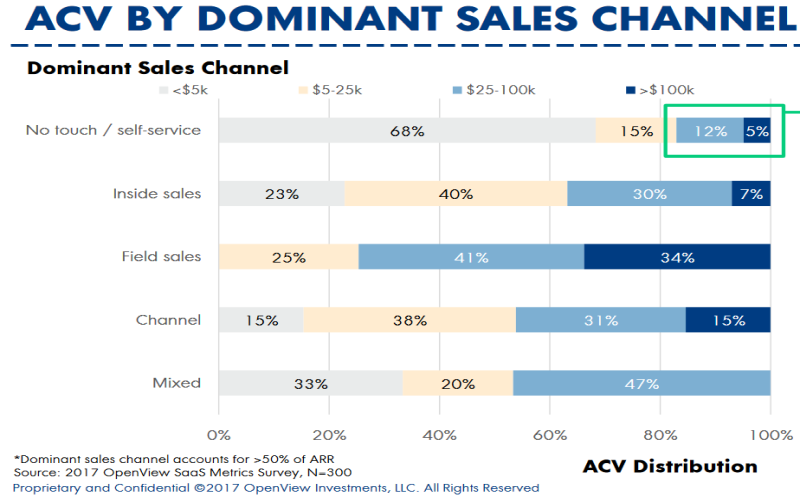 ACV benchmark by type of software 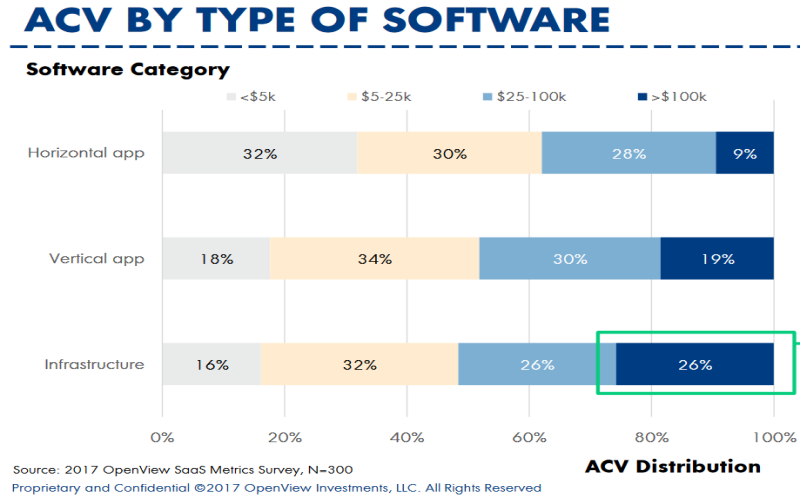 How to visualize Annual Contract Value?

When you start tracking your ACV data, it's best to visualize it as either a summary chart with a year-over-year comparison, or a more historical view with a line or bar chart. Choose a line chart to see changes in your ACV, and a bar chart to segment ACV by target customer type or other relevant segments.

Here's an example of how to visualize your current Annual Contract Value data in comparison to a previous time period or date range.

Here's an example of how to visualize your Annual Contract Value data in a line chart over time.

Here's an example of how to visualize your Annual Contract Value data in a bar chart and compare your performance to previous periods.

Annual Contract Value (ACV) is sometimes confused with Annual Recurring Revenue (ARR). While the definition and calculation of ACV can vary across SaaS companies, ARR is more consistently calculated. “It's the Revenue equivalent used by every SaaS company”, and doesn’t include things like one-time charges, that ACV can.

In general, here's the definition of ACV: ACV is the average dollar amount brought in by all your customers under contract over the period of one year. ACV is most useful when it’s analyzed in context of other metrics such as revenue retention. Companies are often grouped by ACV band for such analysis.

A good article about ACV by the folks at Lighter Capital