How to calculate Retweets

What is a good Retweets benchmark? 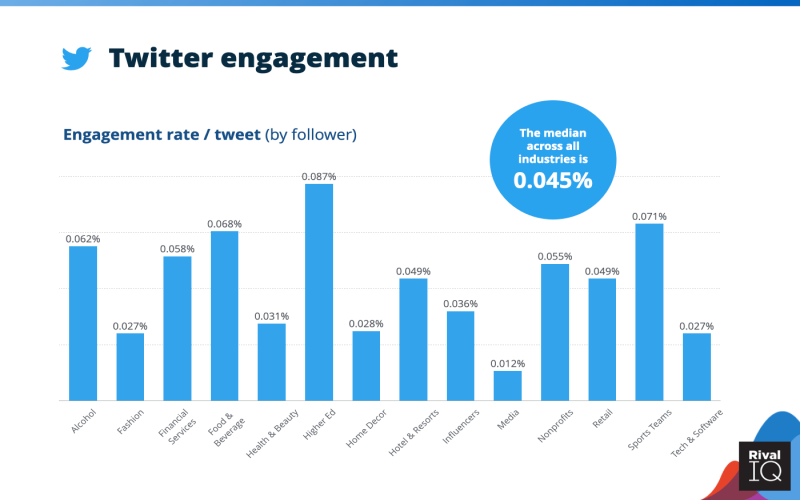 How to visualize Retweets?

You can track you Retweets in a line chart, to see how this metric increases or decreases over time. You should generally aim for an upwards or flat trend.

Here's an example of how to visualize your Retweets data in a line chart over time.

Twitter users can engage with tweets in multiple ways, including retweeting. By retweeting an existing tweet, the user reshares the post to their own Twitter profile. Users have the ability to retweet with added text or as is. Users generally retweet to show support, increase the reach of a particular tweet, or even as an alternative to Likes. For brands, Retweets not only increase reach but also build a relationship with existing as well as new users and ultimately grow the audience.

Since Retweets appear on a user’s profile, it requires that the user is slightly more involved than Likes. For this reason, Retweets can help you measure how many high quality users follow you. When a user retweets a post, the post is shown to the followers of the account that retweets. This means that the post can be shown to a wider audience, increasing the probability of growing your Twitter followers.

While Retweets can be a good sign of engagement, monitor any sentiment surrounding them. If you find users retweeting your content to share complaints or negative feedback, it is in your best interest to quickly address the situation by responding politely and with empathy where possible, or reporting in case of malicious intent or spam.