Seven tips for maximizing the benefits of KPIs 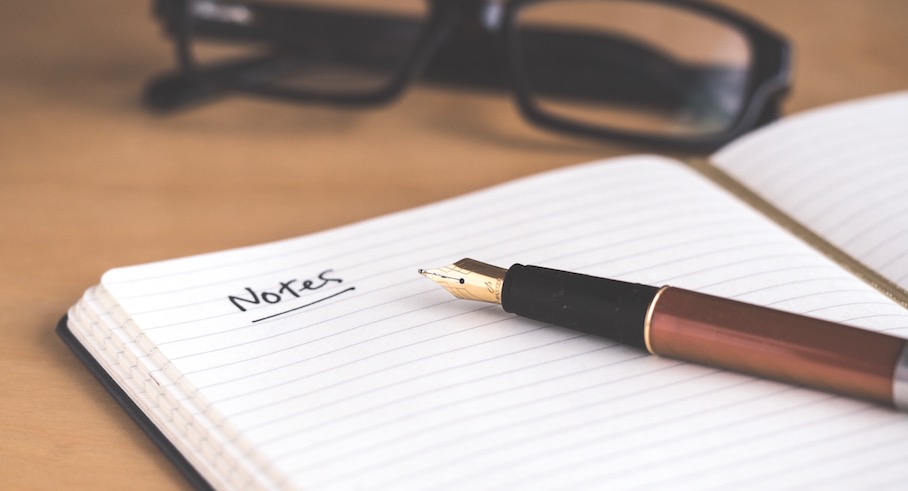 Summary - Are your KPIs telling you what you need to know? Are you wasting valuable time and effort collecting the wrong information? Get the data you need by making metrics work for you. Here’s how.

Klipfolio is a metrics company, and we firmly believe that metrics are the key to understanding and solving many of the problems our customers face. In other words, metrics are critical for decision-making.

For that reason, I am always taken aback when I hear some people profess that KPIs (key performance indicators, the full form of KPI) are not important, or not useful, or lead to poor decisions. These people will tell you that money spent on gathering KPIs is not money well spent.

I have been part of countless conversations about KPIs over the years, and I have thought about the source of the frustration some people have with them. It has become apparent to me that the issue is not with the measurement of performance indicators per se, but with what is being measured and how that information is being interpreted and used.

So today I want to talk about how to get the most out of your KPIs – and how to avoid some common pitfalls that give KPIs a bad name.

What is a KPI?

Very simply put, a KPI is a measure of your company’s performance against a business objective. (See here for a guide on how to develop effective KPIs for your company.)

Every single company will have things it wants to measure to chart its progress – usually targets to be reached.

Over time those targets evolve.

At first it might be “Let’s make X amount of revenue per quarter” or “Let’s sell X number of widgets.”

But as you grow, you start developing more sophisticated ways of measuring your performance.

Sometimes it’s at the company level – you measure the size of your inventory, or your turnover rate, or your weekly sales – and sometimes you measure at the department level or monitor certain aspects of employee performance or engagement.

Whatever you measure, the point is to gather information you can act on, and have any action you take influence business outcomes.

KPI skeptics view data collection and management as a burden, usually because they don’t see how it will have a positive result on their business. So what if you know you sold 5,000 widgets last week? How’s that going to make you sell 6,000 next week?

Business coaches will tell you that any strength taken to the extreme becomes a weakness. Being confident is a strength; but being over-confident is not. So it is with KPIs: It’s easy to get bogged down in data and detail, to the point where it becomes difficult to separate useful information from the non-essential.

That is why I will argue for the appropriate use of KPIs.

With that in mind, here are seven ways to get the most out of the KPIs you use to chart your company’s progress.

1. Choose KPIs that look forward, not back

The speedometer in your car tells you how fast you were driving a second ago. But it doesn’t predict how fast you’ll be driving in five minutes.

So it is with KPIs. They tell you what just happened, but they do not forecast what is coming.

Sometimes, information about the past is useful. But if you are looking to predict where things are headed, you should adjust the metrics you collect to give you information that will allow you to make an educated guess about what’s coming.

In other words, I suggest paying close attention to the metrics you monitor, and choosing those that are leading indicators of your performance.

As software becomes more sophisticated, the ability to predict the future is improving. Predicting exactly when you will run out of inventory is something that is entirely possible to do today – as long as you monitor the right indicators.

So avoid monitoring indicators that tell you about the past, and concentrate on those that allow you to look ahead.

2. Use data, but don’t forget to talk to your customers

I’ve often heard it said that people are reluctant to dive into the data because they fear that if they do, they’ll stop talking to customers.

There’s truth in that statement.

With so much data available, it is entirely possible to get submerged in it and think you have all the information you need.

But that’s not true. The human element is important. Unfortunately, some people, when they begin collecting KPIs, stop interacting with customers and start fiddling instead with dials and gauges.

The future of innovation relies in having a foot in each camp.

Use data, but keep talking to customers. Get verbatim statements about customer experience. Study their non-verbal cues as you interact with them.

You can’t interact with every customer, but you can use those human interactions that do occur to judge sentiment and assess what small groups of people are saying and thinking.

And that information is important context for understanding the data you collect – and helping you focus it on the right things.

3. Don’t let the numbers lull you into feeling you’re in control

The more numbers, dashboards and charts and your disposal, the more you will feel you are in control of the situation.

That is not always the case. And in fact, thinking you are in control can be dangerous.

Companies sometimes put a lot of effort into creating very elaborate performance management plans based on metrics. It really feels like they are doing all the right things. But are outcomes actually improving because of all of this? Often the metrics being monitored are not aligned with common objectives, and the related actions don’t actually move the needle.

Just having numbers doesn’t guarantee results. The numbers have to be relevant.

The key to overcoming this pitfall is the next item on this list.

4. Don’t measure things that are irrelevant or beyond your control

It is critical for a company to choose meaningful metrics. A good metric is one you can act on. It’s as simple as that.

Monitoring the wrong indicators is counterproductive, and frustrates employees. Imagine employees being told by management to monitor certain things – but being unable to influence what they are monitoring.

Metrics may be poorly designed in the first place, or may not measure the right time frame, or maybe they just illustrate an industry standard that no one team or company can reasonably expect to change.

A target may be set too high, well beyond the capacity of an employee to reach it. Or similarly, a metric might be important, but not granular enough for an employee to have an impact on it. (Stock price is one example.) The metric should be granular enough so that individuals can work towards moving the needle.

One common objection to using KPIs to monitor progress is that data can obscure certain important realities.

Suppose you sell a product or service globally. If the indicator you choose to measure is too broad, you may miss the fact that sales in North America, for example, were down last month even though sales worldwide rose.

So if your KPIs are not segmented sufficiently, you may be missing the opportunity to allow certain employees – in this case, the ones in North America – to change their behaviour.

I suggest being critical or skeptical of the metrics you use. Be curious. Ask about underlying data. Make sure you collect material you can use – at the right levels.

Don’t waste time and effort collecting information that isn’t being put to use.

Instead of counting the number of social media followers and leaving it at that, start measuring something useful, something you can influence – like social engagement or the ratio of website visitors to new leads. Then look for ways to improve these.

Some absolute numbers are relevant – revenue, for example. But real value comes from measuring ratios and rates – things that can be acted upon and nudged in the right direction. In addition to revenue, you might measure your revenue per employee, for example.

7. Use data to tell a story

There’s an interesting book called Made to Stick: Why Some Ideas Survive and Others Die, by Chip and Dan Heath, that examines why some ideas have staying power and others don’t.

One story in the book that really stuck with me is an experiment run by a large international aid organization.

They ran one ad that used data and statistics about the large number of starving children in the world to make a plea for funds, and another that told the story of a single starving child.

The ad with the human story of the one child got, by far, the biggest response.

The point here is that no one should underestimate the power of a good human story to trump raw numbers.

So when you are collecting data, use the information you collect to tell a story. And make sure the story you are telling can connect to the audience you want to reach in a personal and emotional way.

Collected and used thoughtfully, the right metrics can make a huge difference to a company. No KPI stands on it own or in isolation. You will get the best results when the data you collect applies directly to things you can and want to act on. 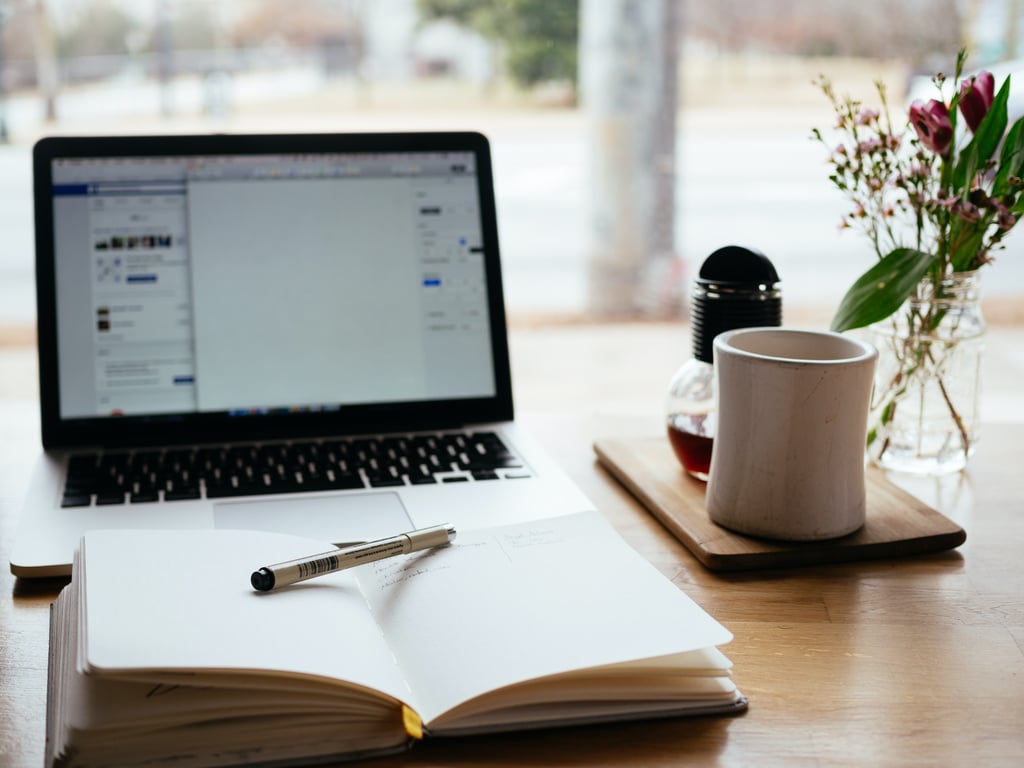 Mistral’s Pablo Srugo: What is the Sean Ellis Test? 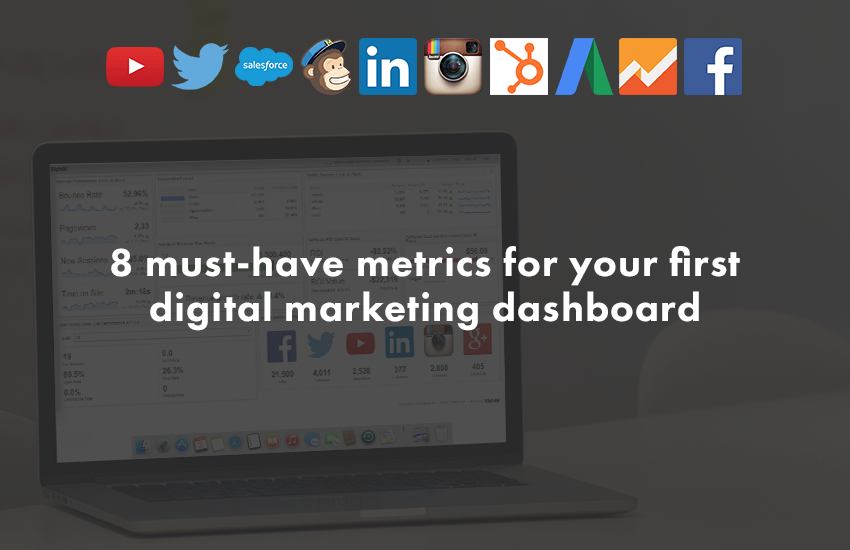