Thinking about jumping into the crazy and unpredictable – but, ultimately, rewarding – world of Reddit marketing?

Reddit is a great opportunity to expand your audience and deepen engagement with your brand.

But when it comes to measurement, you can’t just slap some of the metrics you’re using for other social media channels on your Reddit strategy and expect to find success.

Reddit is a unique community – which is why it requires its own unique set of key performance indicators (KPIs).

In this post we’ll delve into what makes the world of Reddit unique and offer up some ideas on KPIs you should consider for measuring the success of your Reddit marketing.

Specifically, we’ll be exploring the top 9 Reddit metrics every digital marketer should be monitoring:

Before we get to those KPIs mentioned above, it’s worth pausing for a second to consider what makes Reddit different from other marketing channels.

It is like other social channels in that users can post links and text in a central place where others can see them.

But that’s where the similarities end.

Why Reddit’s utility for marketers is changing

Reddit has always been something of an outlier for marketers.

We know all about the “main” social media channels.

Reddit, though, barely even earns a mention when it comes to the best way to engage customers.

But that could be changing.

These days marketers are starting to shift their attention to “the front page of the internet”, as Reddit brands itself.

Search Engine Journal has declared that “every marketer should be on Reddit” while SmartInsights declared Reddit a respite from “the same old marketing channels”.

The platform’s burgeoning ad platform, which operates on a similar bidding system as Twitter and Facebook ads, is quickly becoming more accepted for advertises to reach Reddit users.

Add in the fact that Facebook’s recent algorithm change has made it more difficult for brands to reach that channel’s users and suddenly Reddit starts to look attractive as a viable option for building your audience.

What to consider before setting your Reddit marketing KPIs

Your Reddit marketing KPIs will be unique to you and your goals.

But before you set them you’ll also want to consider what makes Reddit unique.

Here are some areas that set it apart from other social media.

Redditors won’t be afraid to call you out if you’re not observing good “Reddiquette”.

That means that if you spam a subreddit with links to your website other users won’t be afraid to inspect your past posting history and call you out on it.

Even if you aren’t banned you could still be blacklisted, which means that other users are purposely choosing not to engage with your content due to your past behaviour.

Let me put it even more bluntly: Redditors hate advertising.

Redditors can tolerate brands talking about the products they sell.

But they have no patience for anything that exists solely for the purpose of selling.

That puts the onus on you to craft quality content that Reddit users will want to engage with.

It’s now OK to be a brand on Reddit

Once upon a time brands didn’t exist on Reddit.

That changed last year with the arrival of Reddit profile pages.

Now brands have a place where they can post content without needing to find a place for it on a particular subreddit.

For example: The Nintendo of America profile page.

Nintendo uses it as a place to post updates and make new announcements – the sorts of posts that wouldn’t necessarily fit on particular subreddits.

But the operative principle for brands is the same: Provide great content, and your audience will grow.

As with all metrics, you’ll want to develop KPIs with your own individual goals in mind.

But, to get you started, here are some ideas for KPIs you’ll want to consider.

Karma is one of Reddit’s more unique elements.

Your karma is determined largely by how many upvotes and downvotes your content receives.

There are two types of karma:

Why should you care?

Because if your employees are posting your content and getting a terrible karma score, it’s a sign of one of two (or potentially both) things:

Tracking the karma score your posts and comments are receiving is a great way to measure how successfully you are engaging with the community you’re trying to reach.

Another feature largely endemic to Reddit is the AMA, otherwise known as an “ask me anything”.

These feature interesting people – famous and otherwise – taking over a subreddit for a period of time to answer questions from users.

It’s a key feature of building an audience on Reddit.

That means that, if your goal is to engage with the Reddit community, you’ll want to keep track of how much work you’ve done to host AMAs.

For example: Audi hosted a series of AMA sessions featuring celebrities such as Bill Gates and Jerry Seinfeld designed to use interaction to deepen brand engagement.

Tracking the number of followers your user page has isn’t available to everyone.

(Right now, because it’s still in beta, only about 1% of users have access to this feature).

But for those that do it’s an important means of measuring how many Reddit users are choosing to engage with your content.

Note: This is different from the number of subscribers on a particular subreddit.

Instead it measures the number of users who have chosen to subscribe to the posts you are creating on your personal profile.

Nano-influencers, users who have between 100 and 1,000 followers, can play a major role in helping to build your following on Reddit.

That may not seem like much. But these seemingly insignificant users can have a big impact.

“If you find someone who knows the site well and has a track record of popular posts that align with your brand, don’t be afraid to reach out to them,” writes AdWeek.

And, once you have, be sure you track it as a KPI. That way you can determine how much progress you’re making in achieving success on Reddit.

You can’t just show up on Reddit and start dropping your product-focused content all over the place.

You need to find ways to engage with and provide value to your audience outside of your narrow product offerings.

To measure how well you are doing in this area, you’ll want to develop a metric that shows your ability to connect with your potential customers outside of your own message.

The non-branded posts created metric can help you measure this.

But unlike other social media, Reddit ads are run solely on a cost per thousand impression (CPM) basis.

That’s why this metric could come in handy as a means of measuring your success with Reddit ads.

Well-crafted promotions are a great way to connect with a new audience on Reddit – as long as they don’t come off as too advertise-y.

(For the gold standard in Reddit discount promotions, check out this campaign advertising discount beef jerky. It was so successful at engaging the Reddit community that the employee who developed the idea was asked to do a Reddit AMA).

If you’re looking to offer real value to the Reddit community consider offering a discount (or other type) of promotion.

With other social channels you can be happy getting a few clicks and likes.

If your posts aren’t receiving any comments then you’ll want to know about it – so you can change your strategy accordingly.

For this metric it also wouldn’t hurt to track the number of comments to which you are responding.

That way you can be sure you’re not just posting information without engaging with the audience that wants to connect with you.

Building an engaged following on Reddit is, of course, important.

But it likely doesn’t mean much if you’re not driving traffic to your website.

Using a tool like Google Analytics can help to determine how much all that Reddit engagement is translating into visits to your site.

It’s not just traffic from your posts, either.

Measuring clicks to your website from Reddit can also help to measure if you’re getting clicks from other users as well.

Reddit is a great opportunity for your organization to expand its reach and engagement using a largely untapped social media website.

But Reddit is also a unique community so you need to be smart about how you plan to use it.

Developing some KPIs that can truly help you measure success is a great place to start. 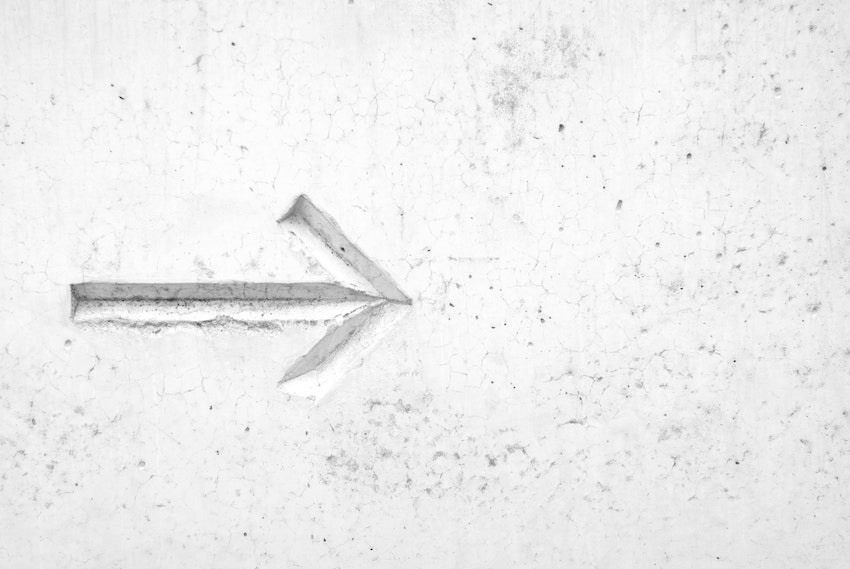 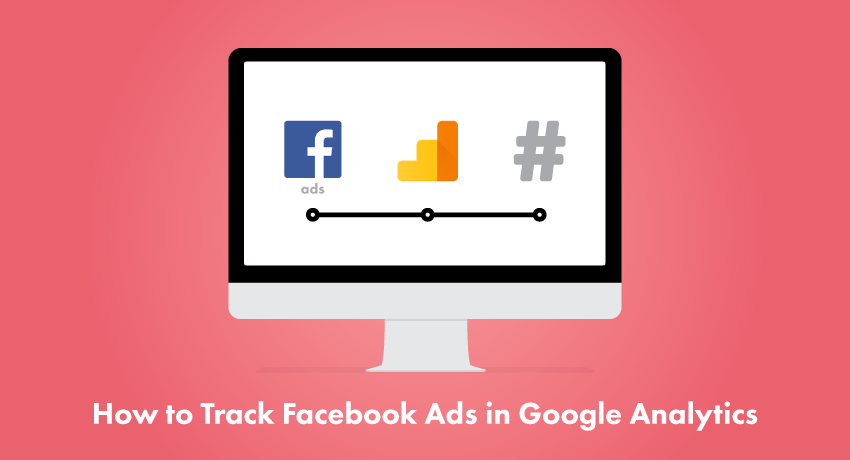 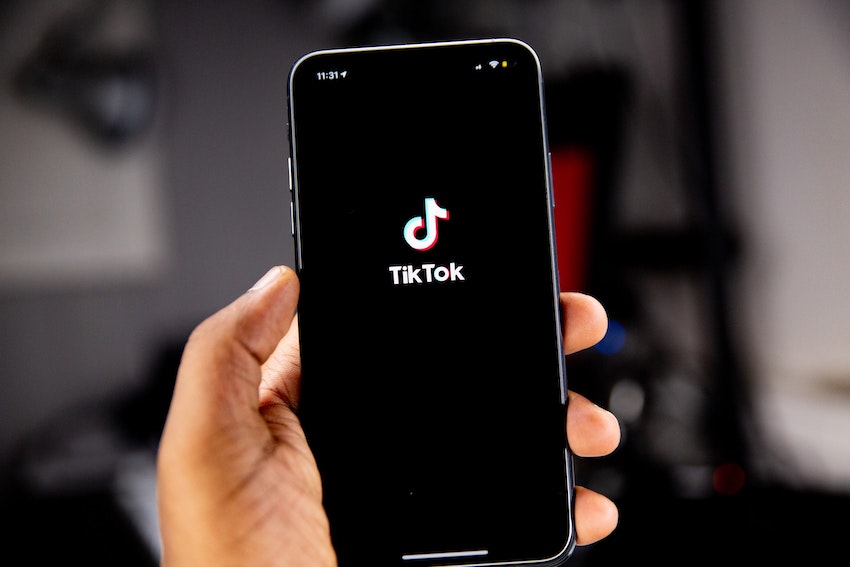 The Ultimate Guide for Marketing Your Brand on TikTok