Why every tech company needs to revisit its development manifesto 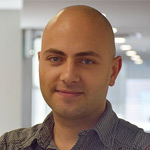 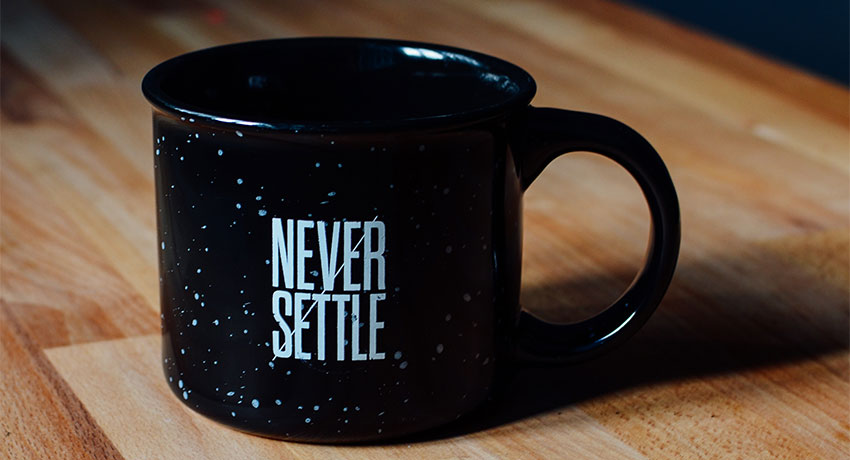 Summary - A company’s development manifesto is an important tool for the creation of an agile software development culture. But to remain relevant, the manifesto needs to be updated on a regular basis. Here’s how.

Most software development teams have a manifesto that acts as a mission statement for the group.

But all too often, those manifestos remain unchanged for years at a time – and as a result they lose their power to motivate and inspire.

Making it a living document will improve the way you work.

Why have a development manifesto?

At its very core, a development manifesto drives a company’s development culture. It sets the tone for how everyone in the team expects the organization to function.

Without such a document, rules and expectations about behaviour remain unspoken. This can be confusing for newcomers, and create misunderstandings between employees with different backgrounds and varying levels of experience.

That lack of clarity can also make teamwork difficult: A practice that one person views as common sense may not even register on another team member’s radar.

The beauty of a manifesto is that it spells things out.

And the process of creating and refining manifestos helps align the team around key principles.

Once in place, the manifesto helps shape behaviour.

To drive behaviour, we created the Most Valuable Player Award, which is given to someone who shows evidence of using three or more high-level values from the Manifesto over a two-week period, or sprint.

All of this helps build cohesion, both inside teams and across the company.

We have also found our manifesto to be a useful tool in helping us assess job candidates.

We’ve discovered we can find out a lot about interviewees by having them talk about how they view the manifesto. In fact, on at least one occasion we decided not to hire a technically qualified person because the interview showed they did not believe in our ideals.. In that sense, the manifesto makes clear to job candidates our expectations about how our employees work and behave, and it allows us to assess them.

An added bonus of making the manifesto a part of the interview process is that we are able to incorporate into the manifesto new ideas and concepts raised by interviewees.

Finally, in a fast-growing team, it is important to rally newcomers around the team’s core DNA and culture in order to keep that culture alive and vibrant.

Why you need to update your manifesto

No matter how good a manifesto is at the start, or how useful it is, the reality is that circumstances change – sometimes very quickly.

The most common change in circumstances comes when you hire a bunch of new people or shift the focus of your work. If your manifesto doesn’t adapt, you won’t get buy-in from employees. You may even have people start actively questioning the manifesto’s principles – which can detract from their work if that questioning is not channelled into a manifesto amendment process.

We’ve written in the past about how to create an original manifesto. This post focuses on how to change one.

How to change a manifesto

We firmly believe that the manifesto should not be created in a vacuum or imposed from on high. Our feeling is that the result will be better – and stronger – if the manifesto update is a collective endeavour.

We have had good success by following these steps:

What we came up with

In Klipfolio’s case, the revision process resulted in some important changes in our development manifesto.

This is our original: 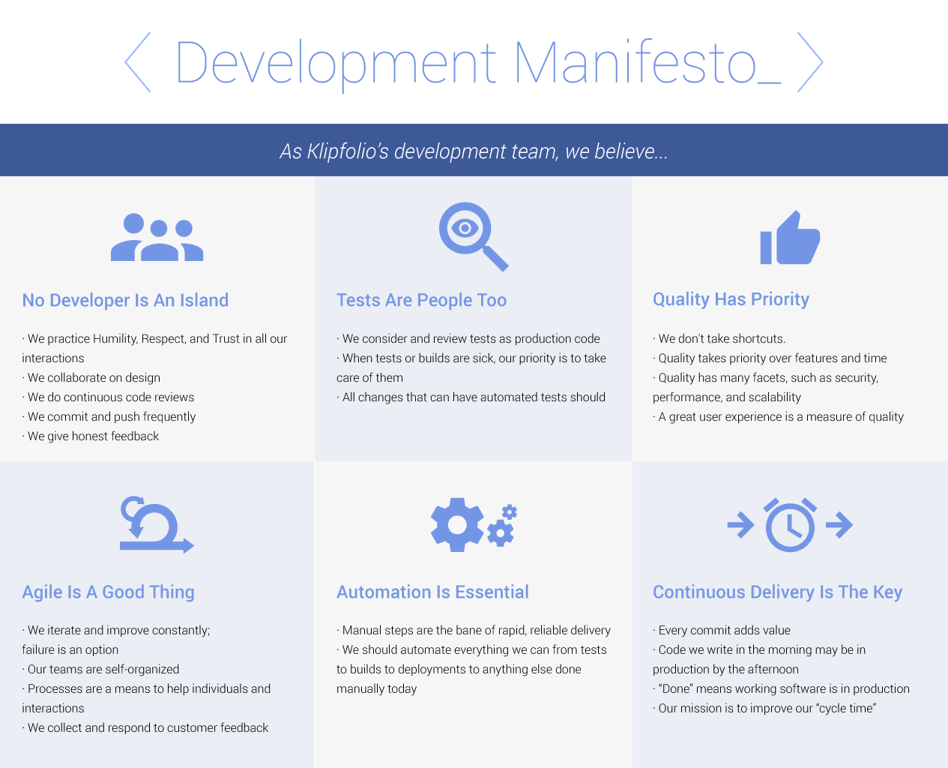 And this is what it looked like after the amendment process: 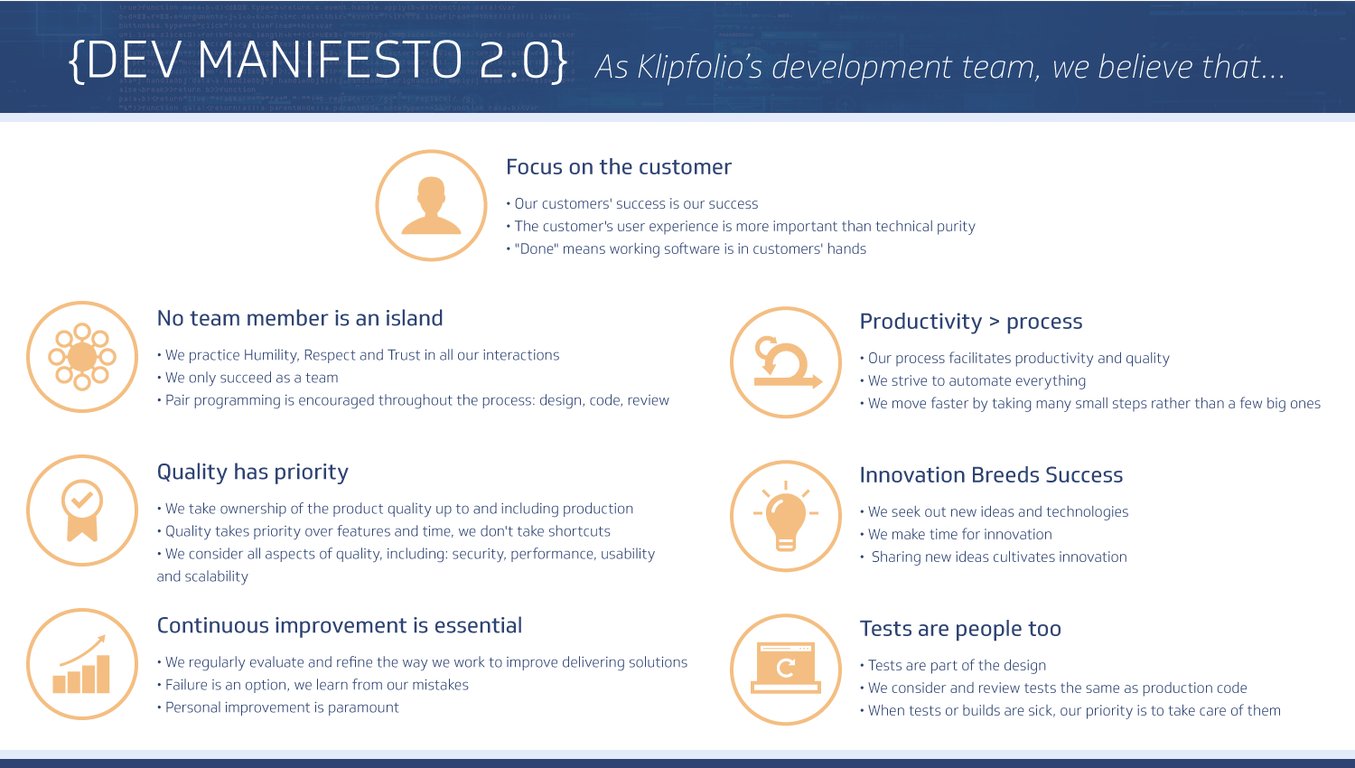 In a nutshell, here’s what we changed:

Graphically, the document is more balanced, and each of the seven items is clear, simple and easy to understand.

Making the manifesto part of the company’s agile development culture

For us, creating the new manifesto was only a first step. A manifesto is only effective – and useful – if its principles become part and parcel of the company’s agile development culture. This, unfortunately, is something too many firms ignore.

We take the following extra steps to bring it to life:

A development manifesto represents an ideal, something for everyone in the team to live up to. We encourage every tech firm to create and regularly update it. 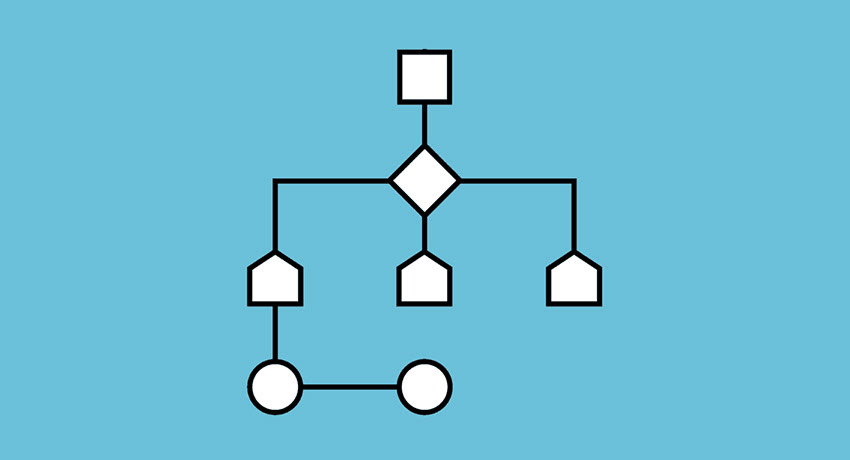 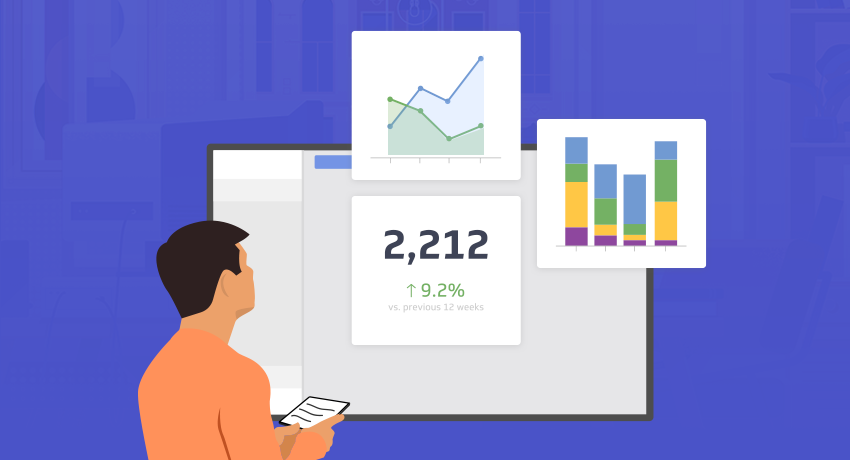