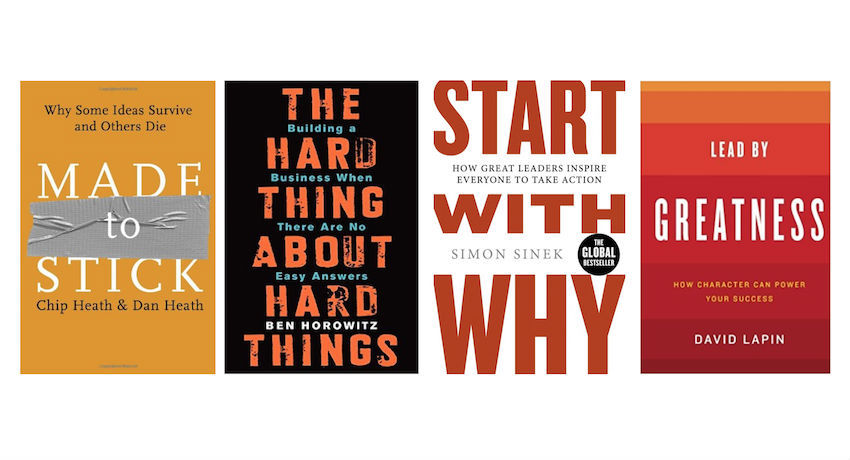 I read every evening, usually before going to bed. I’ll flip between fiction and non-fiction, and in the non-fiction area, books on how to succeed in business and grow personally are high on my list of interests.

Not all of these books are heavy and serious; some of them are fast and fun reads. What they all have in common is their ability to provide ideas and insights about situations I encounter every day at work. In fact, if you’re open to it, it’s easy to find useful insights even in works of fiction; I find them all the time.

Today, I’m providing my suggestion for a summer reading list based on business books I’ve recently read. I’ve found each of the four books here useful, and I recommend them to anyone looking for ideas, inspiration and insight.

These books are in no particular order. Numbers one and three focus on tactics, numbers two and four explore values.

1. The Hard Thing About Hard Things: Building a Business When There Are No Easy Answers, by Ben Horowitz 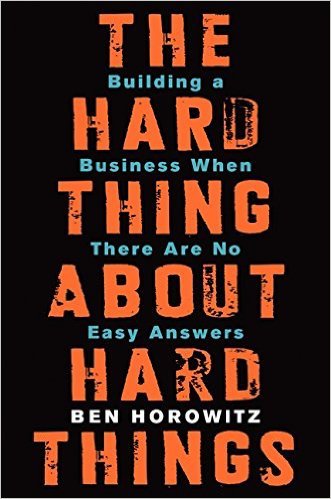 He was also co-founder and CEO of Opsware (formerly Loudcloud), which was bought by Hewlett-Packard in 2007 for $1.6 billion, and he served as vice-president and general manager of Business Technology Optimization for Software at HP.

The book tells the story of Horowitz’s rise, and it chronicles the volatile career journey that has led him to where he is today: a leader of one of the largest and most successful venture capital funds in the United States.

The reader will get a lot of tough, unvarnished advice about dealing with a variety of difficult situations, everything from managing your cash to how to focus on what matters. As the Amazon blurb about his book says, it’s about providing “practical wisdom for managing the toughest problems business school doesn’t cover.”

"Hard" is the operative word with this book.

The things Horowitz recommends are tough. No sugar-coating here! But overall, the advice is good.

For that reason, I think this book is a must-read for any entrepreneur, especially one who is going through a period of growth.

I also get the impression that Horowitz, too, is tough. Perhaps too tough. It seems to me he ran his shops like a general runs an army, from the top down. He was the voice and the decision-maker, and very directive with his employees.

I suspect that his work culture and my work culture are not compatible. I think there are better ways to inspire a team than to come down hard on them.

But that speaks to one of the points I want to make about any kind of reading: You don’t have to agree with the author. A good book provides the opportunity to learn, and sometimes some things make you bristle.

2. Lead By Greatness: How Character Can Power Your Success, by David Lapin 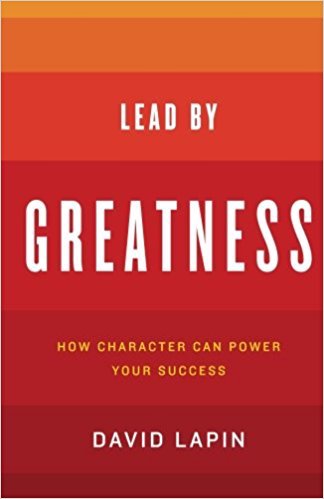 David Lapin is a South African-born rabbi who is the CEO of Lapin Consulting International, Inc. His coaching is based on the principle that companies that discover their unique corporate souls can use that information to drive performance.

As his firm’s website explains: “With laser-beam precision, we go deep into the soul of a company to discover its unique capabilities, removing the blockages that prevent it from optimizing its full potential.”

Lead By Greatness, he says, was inspired by working with South African business leaders, and Nelson Mandela and his government to transform the country from a repressive apartheid regime to a modern economy.

Lapin’s approach is in stark contrast to Horowitz’s. Where Horowitz is all about toughness, Lapin focuses on kindness. The core of his belief is that businesses succeed by understanding what drives them, and building on that. Everything else is an output.

Lapin encourages CEOs to understand why they work, and why their companies exist. He calls it their fingerprint.

For example, an individual CEO might be motivated to work in order to provide for his or her family. In that case, it’s family that’s the driver; money is just an output. Other people may be motivated by money. (The reality is that most CEOs aren’t in it just for the money; otherwise they’d retire once they had earned enough. Instead, many go on to create new startups after a successful first venture.)

The book includes exercises that allow readers to discover what drives them personally, and then apply the same methodology to management – for example, learning about what drives each member of the management team.

Lapin also encourages companies to develop a rationale for why they exist – a rationale that extends beyond making a profit. This company fingerprint becomes something to rally around, and it’s easy to sell to employees and clients because it is authentic.

What struck me most was Lapin’s consistent emphasis on the need to lead with authenticity, kindness and empathy. Those values permeate his entire approach.

His book provided me with important personal lessons about how to inspire people, how to work with people, and how to communicate.

3. Made to Stick: Why Some Ideas Survive and Others Die, by Chip and Dan Heath 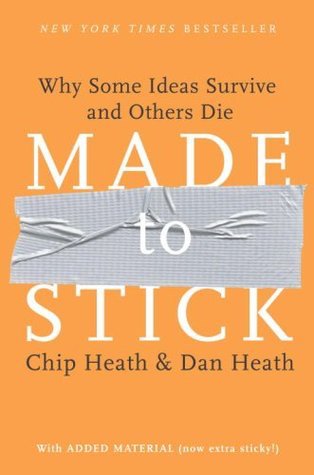 This book explores why some ideas – even ideas or concepts that are patently wrong or untrue – refuse to die. It is written by two brothers, Chip and Dan Heath.

Chip Heath is a professor at the Stanford Graduate School of Business, where he teaches courses on business strategy and organizations. Dan Heath is a Senior Fellow at Duke University’s CASE centre, which supports social entrepreneurs.

Together, they have co-authored three books. The first of these, Made to Stick, spent two years on the Businessweek bestseller list and was an Amazon Top 10 Business Book for both editors and readers. (Their website notes that their parents are just as happy that their sons are playing well together.)

Made to Stick is a scientific, psychological study about why some ideas are remembered, living forever with what seems a life of their own, while others are quickly forgotten.

An urban myth, for example, keeps getting repeated and repeated even though it’s just that – a myth.

By scientifically analyzing ideas like urban myths that refuse to die, the Heaths have come up with a formula for creating "sticky" ideas.

And they explain how companies can engineer messages so that they have maximum "stickiness."

I thought this was an interesting read for people who work in communications, and also for people in management.

The book also raised a few red flags with me about manipulation, or the potential for manipulation, in communications and messaging. For me, it underscored the importance of applying your own code of ethics to messages. Engineer ideas for maximum stickiness? Sure, as long it’s done ethically and with the right intentions.

4. Start with Why: How Great Leaders Inspire Everyone to Take Action, by Simon Sinek 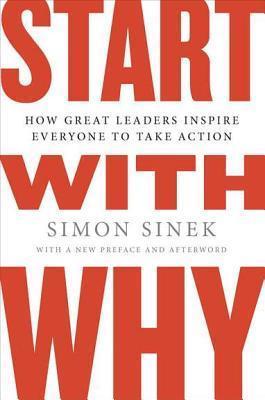 Simon Sinek is a trained ethnographer. He has used his training to analyze successful leaders and companies and pull from that patterns about how those individuals and companies think, act and communicate. He also looks for environments in which people operate at their natural best.

Everyone, says Sinek, has a 'why,' which he defines as “the purpose, cause, or belief that inspires you.” (In that sense, Sinek’s approach is similar to Lapin’s.)

By understanding their 'why’ – what motivates them – Sinek says people can wake up every day inspired to go to work, and come home at the end of the day fulfilled by the work they do.

He invites people to flip that around. He says they should start by understanding why they go out to work, then how they work, and finally, armed with that understanding, look for a job (the ‘what’).

The same applies to companies: They should create a vision about why they exist, then figure out how they want to work, and that will lead naturally to what they do.

The beauty of this approach, as I see it, is that it allows companies to pivot quickly.

If, for example, you are a company that builds typewriters and you define yourself as such, then you’re pretty well stuck building typewriters. If technology changes and everyone needs keyboards instead, it’s difficult to adapt.

But if you define yourself as a company that "liberates thought," all of a sudden you’re free to change with the times. You can make typewriters, or keyboards, or anything else that can be defined as liberating thought.

Apple is probably the best example of a ‘why’ business. Apple’s entire approach has allowed it to regularly question the status quo and branch out from simply making computers to doing an incredible range of things, from providing music to making watches.

The other thing that Sinek argues – I think persuasively – is that companies that build their identities around a ‘why’ are more solid, and therefore less susceptible to manipulation (or manipulating customers).

A company without a solid ‘why’ has to convince people to buy its products by offering discounts or banking on celebrity endorsements. But a company that attracts customers for reasons other than price (think Apple or Mountain Equipment Co-op) doesn’t have to rely on discounts to get people in the door. Customers are attracted to the philosophy, not the sticker price.

So there’s my list. Now, I’m going to take some time off. I’ll be back in August.