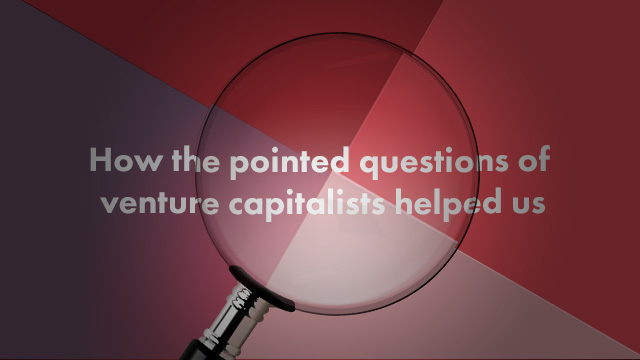 When Klipfolio’s successful growth path caught the interest of some venture capitalists, not surprisingly they started asking a lot of pointed questions about our business.

To gain their trust and support, we had to answer all of their queries – and answer truthfully, without sugar coating or spin.

Providing answers was a challenge – especially when the questions touched on issues we hadn’t considered, or if they were seeking facts and figures we did not have at hand.

In the end, though, answering their questions was well worth it. Because we learned a lot about ourselves and that knowledge has helped us to be much better at what we do.

When investors come knocking at your door, don’t expect them to just hand you a blank cheque. Investors must and should perform due diligence. They are going to do their homework and dig around in the dark places. They will be thorough and, at times, they may be critical.

But that’s a good thing. By asking a lot of questions about your company and “getting under the hood”, they are confirming that they really understand both what you do and your potential.

When we were under the microscope, one potential investor asked if we had a cohort analysis of our customers.

At the time I had no idea what that meant and no clue how to assemble the data. We had never looked at our business from that angle before.

I had to learn quickly. (A cohort analysis is all about organizing your customers by different characteristics – where they live, for example, or what industry they work in, or, in this case, by the month they signed up as customers.)

When we did crunch the numbers, we found some distressing patterns: our customer retention rates were relatively poor during our first 18 months in business.

We had to figure out why. Were we attracting a high number of early adopters who moved on quickly to the next big thing? Was our market cyclical? Or was there a problem with our product?

There are several ways to analyze churn or, if you’re an optimist, retention. (Here is David Skok talking about churn)

You can look at account churn – the number of accounts that cancel in a given period of time.

Or you can look at seat churn – the number of people accredited to use the product within each account. Sometimes it may be only one person, but a large client might have dozens of users registered to a single account.

And you can look at changes in monthly recurring revenue (MRR churn).

We had been using account churn as our measure of retention.

But in answering the due diligence questions put to us, we discovered the account churn numbers were giving us a false picture of our retention rates. We were actually doing better than we thought.

We discovered that most of the turnover was happening with single-person accounts. But we had good retention with our larger accounts – the ones with higher number of registered users – even ones that were simply more than a single user.

In fact, we found that accounts with more than one user tended to expand their number of seats quite nicely. So even if we lost some single-seat customers in a given month, the actual number of people using our product was growing.

And that expansion revenue (or negative churn in our case) meant that we were on more solid footing than we knew.

There is often a natural tendency to position or defend ideas, however, by answering questions openly, listening and embracing a critical view of your performance, demonstrating a willingness to listen and to learn, we gained a greater understanding of our business model. And that can happen if anyone starts asking questions. That’s a hidden benefit to your company when prospective investors come calling.